What is the easiest way to transfer files between Dropbox accounts? On this page, we will show you 4 ways to migrate data from one Dropbox account to another. You can choose the right one according to your needs.

How Do I Move Files from One Dropbox Account to Another?

I would like to know if there is a way to transfer files between Dropbox accounts online, without syncing them to the local PC. I don't have the space to do it locally. So is there any way it can be done online?

Dropbox is one of the most widely used cloud storage solutions. It provides free storage space, as well as paid services such as Dropbox Pro and Dropbox for Business. Dropbox supports logging in to a Dropbox Business account and a personal account on one computer at the same time, but that does not work with two accounts of the same type. Thus, copying files from one Dropbox folder to another would be difficult for two personal or business accounts on s single computer. 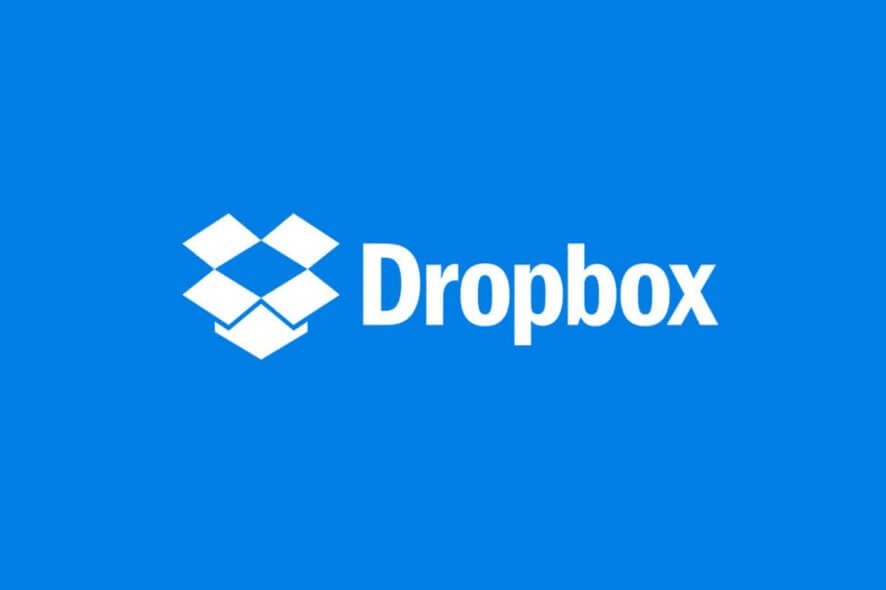 According to statistics, more than half of Dropbox users have two or more accounts, but they think that transferring files from one Dropbox account to another is very troublesome. Fortunately, we can rely on tools to get files transferred between Dropbox accounts easily and straightforwardly. Besides, the sharing feature of Dropbox also allows you to transfer files from one account to another. Please keep reading for detailed information.

To move files from one Dropbox account to another directly, you can turn to a professional tool. CBackup is proficient in cloud-to-cloud data transfer for various cloud storage services. It not only supports moving data between different accounts of clouds for free but also enables you to transfer data between different cloud drives, for example, moving files from Dropbox to Google Drive.

Besides, it allows you to merge two or more Dropbox accounts into a complete cloud space to get more storage space with ease. And if you want to back up a great deal of important data to protect data from loss, you can take CBackup Cloud into consideration, which offers 10GB of free storage and allows you to get 5TB of storage space at a very low price.

You can get data transferred between Dropbox accounts with the following steps:

#1. Go to the My Storage tab and click Add Clouds. And pick Dropbox to hit Add. Then, sign in to your Dropbox account to finish the authorization to connect CBackup with your Dropbox files. 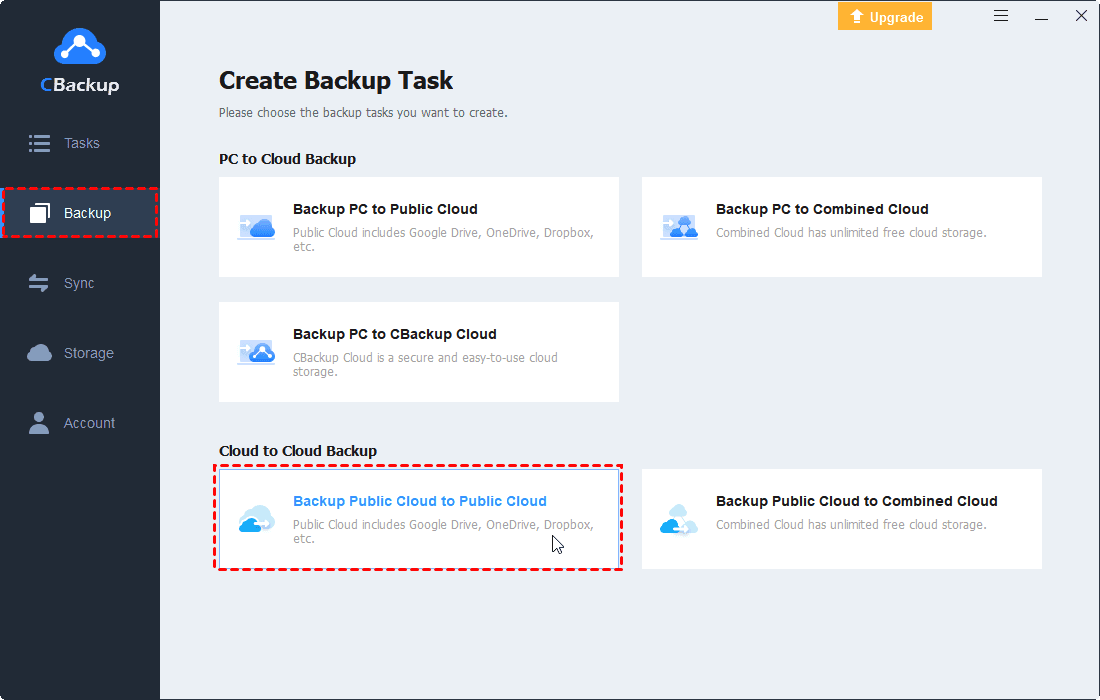 #2. Edit the task name according to your need (optional). Select a whole Dropbox cloud or select certain files you want to get migrated. 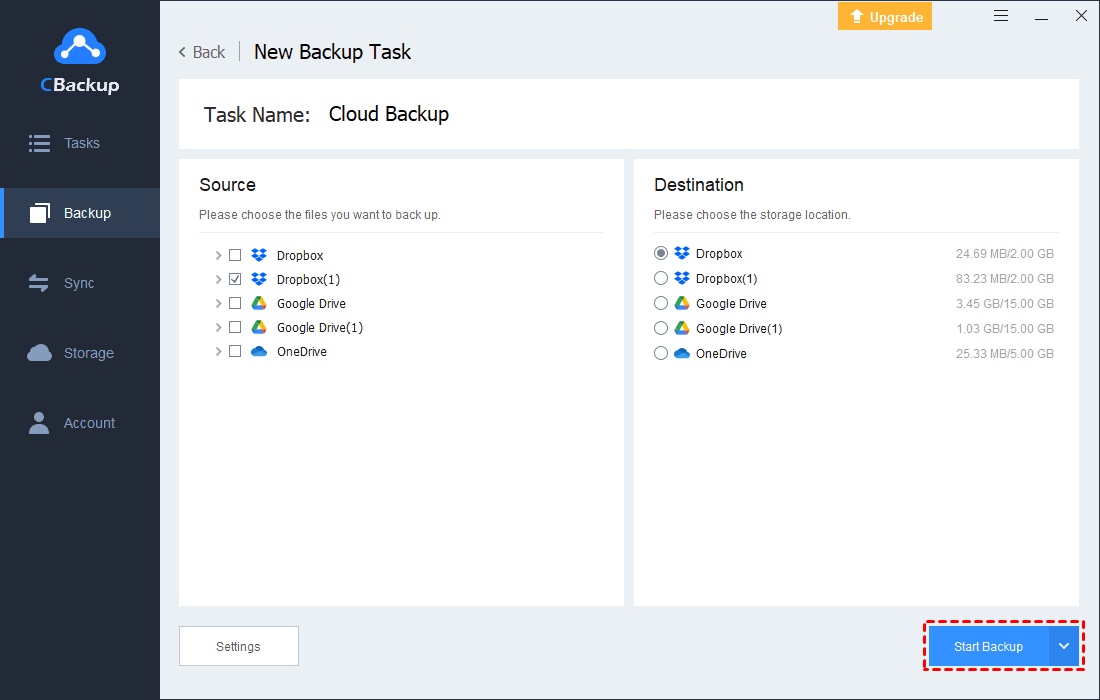 ✎Note: CBackup also offers other features, such as backing up computer files to Google Drive, OneDrive, Dropbox, CBackup Cloud, and other cloud storage providers. And, it provides a web version application to perform cloud to cloud backup/sync as well.

There is another way to transfer data between two Dropbox accounts. Using the Dropbox Shared feature, you can get files transferred with ease as well.

Step 1. Create a shared folder in the first account

#2. Choose to share an existing folder or create a new folder, rename the folder, and add your second account as the recipient.

Step 2. Add the shared folder to your second account

#1. Open Incognito mode on Chrome to log in to the second account, and locate the Shared section.

#2. The shared folder will be shown on the list. Hover the folder, tap on the Add button.

Other Ways to Transfer Data Between Dropbox Accounts

In addition to the above two methods, there are two additional ways to get files migrated from one Dropbox account to another.

If you want to transfer files between a personal Dropbox account and a business Dropbox account, you can link the two accounts to get it done simply.

Step 1. Sign in to one of your Dropbox accounts first. Click the avatar in the top right corner and hit Settings.

Step 3. Then, you can transfer files by dragging and dropping files between the two folders.

Way 2. Move Files Between Dropbox Accounts via Downloading and Uploading

Downloading files from the source account and uploading them to the targeted account is also a way to move files. One thing is that if you have a large number of files to be transferred, likely 200GB of documents, enough local space should be available to accommodate them, and it is time-consuming to download them.

Step 2. Sign in to the second account, tap on Upload files or Upload Folder to upload the data to it.

If you want to transfer files between Dropbox accounts, the above guides teach you how to get files migrated in 4 ways. But tools, like CBackup, would make the job a lot easier for you. Syncing multiple Dropbox accounts on one computer is an easy task with CBackup. You can decide which method to use depending on your situation, but this tool is worth considering.

You May Also Like
How to Upload Files to Someone Else's Dropbox? [4 Ways Included]
Easiest Way to Move Files Between Cloud Storage Services Automatically
How to Move Files from Google Drive to Dropbox in 3 Different Ways
Move from Dropbox to OneDrive without Downloading and Uploading
Ultimate Guide: Dropbox Not Enough Space to Access Shared Folder