The easiest way to sync multiple Dropbox accounts may be using a free cloud to cloud sync service. This article will introduce you such service and other ways to sync Dropbox accounts.

As one of the most popular cloud storage and file synchronization platforms, Dropbox has attracted many users around the world. It favored by massive users and organizations because it can keep their work organized and synchronized so which makes their workflow smooth and systematic.

Besides that, Dropbox offers each user 2 GB of free storage space and provides many useful apps to help users upload and access files from any device, which brings great convenience to users. Nowadays, some users have more than one Dropbox accounts because they need more free storage space or they have to separately save different files on different accounts.

Can I sync two or multiple Dropbox accounts?

“Now, I have 2 Dropbox accounts for 2 different clients. They are paid for separately, have separate sign-ins, and cannot be linked. I would like to have both accounts on my computer and sync the two Dropbox accounts. Can you send me instructions about how to manage this situation? Thank you.”

Generally, there are two ways to help you sync files among two or more Dropbox account. The first way is the easiest way. The second way is a manual way. It may take you some time to finish all the steps. You can choose a way to follow according to your needs.

Meanwhile, CBackup also offers many useful settings while creating a sync task such as scheduled task, file filter, email notification, and so on. With these settings, you can save sync time, storage space as well as effort. To use CBackup to sync multiple Dropbox accounts, you can follow the guide below:

Step 1. Get start with CBackup by signing up for a CBackup account.

✎Note: You can add Dropbox accounts as many as you have. The authorization system of CBackup is based on OAuth, which will never reveal your password and information.

☛You can click the arrow next to the Start Sync button and select the delay time, you can choose to delay one hour, two hours, four hours, and so on.

☛You can also click the Settings button in the lower-left corner to enjoy scheduled backup, email notification, file filter, and other useful sync settings.

Besides the automatic ways above, there is also a manual way to help you achieve syncing between Dropbox accounts. Since Dropbox offers a desktop app to users to sync files between local hard drive and cloud, you can add two Dropbox folders owning to different accounts in Windows Explorer or Mac Finder to sync files between the two Dropbox accounts. Check the steps below:

Step 2. Follow the instruction to set up the app. After setting up, a Dropbox folder will be created on your local hard drive by default. 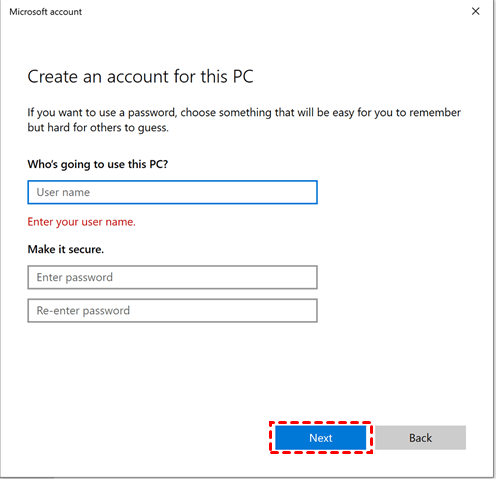 Step 5. Navigate to Windows Explorer and go to the Users folder. Double click and open the folder with the name of a new secondary account. Click on the Continue button to grant permission.

Step 6. Now, you will have two Dropbox folder on your computer, you can move files between the two folders to sync files between accounts.

The steps to sync two or multiple Dropbox accounts on one computer have been introduced above, you can check and follow the steps carefully. The first way is quite easy and the cloud to cloud sync the feature of CBackup is free and easy-to-use. Besides sync and backup features, CBackup can also help you combine cloud storage of different accounts owning to one or different cloud storage. Don’t hesitate to use it

You May Also Like
How to Sync Two OneDrive Accounts on One Computer with Ease?
Easiest Way to Sync Dropbox to OneDrive on Windows PC
How to Set Up QNAP NAS and Dropbox Sync for Data Protection?
Top 2 Ways to Sync OneDrive Between Users Securely and Easily