How to Solve the Dropbox Icon Missing Error on Windows and Mac?

“Hello community! I have been using Dropbox on my Mac for as long as I've owned the computer. But today, I find that the Dropbox icon is missing from the Mac menu bar. I checked the task manager and find Dropbox is running. However, there’s just no icon. And the Dropbox folder still appears in Finder. How can I get the Dropbox icon back? Please give me some suggestions! Thanks!”

Why has my Dropbox icon disappeared?

Actually, the Dropbox icon not showing issue may be caused by different errors such as temporary failure of Dropbox or system errors. For example, if you updated your Windows PC, you might suddenly not be able to see Dropbox showing inside your taskbar, even though the process is running.

If you are facing the “Dropbox icon missing” error, please read the following contents and find several effective measures to solve this problem with ease.

No matter your Dropbox icon is missing from system tray or Mac menu bar, you can try the methods in the following contents to fix the Dropbox icon missing on Windows 10 or Mac.

In some cases, due to a temporary failure of Dropbox, Dropbox may be not working or the Dropbox icon missing error may occur. Therefore, you can try to restart Dropbox by quitting the program completely and starting it again to see if the error disappears. Follow the instructions below to restart Dropbox application:

☛If Dropbox is showing here, select it, right-click and select "End task".

☛If Dropbox is not present or you have ended the task, restart it using the desktop icon or menu item.

3. Restart Dropbox application to see if the icon appears.

On a Mac, the Dropbox process should show up in the menu bar or dock. Go to the macOS menu bar, which located along the top of the screen in the Finder menu.

1. Click on the black apple icon in the upper-left corner.

2. From the drop-down menu, select “Force Quit”. You will be directed to the new window named “Force Quit Application”.

4. Restart Dropbox application to see if the icon appears.

1. Navigate to “Settings” > “Apps” > “Apps & features”, and then find Dropbox in the right panel to uninstall it. 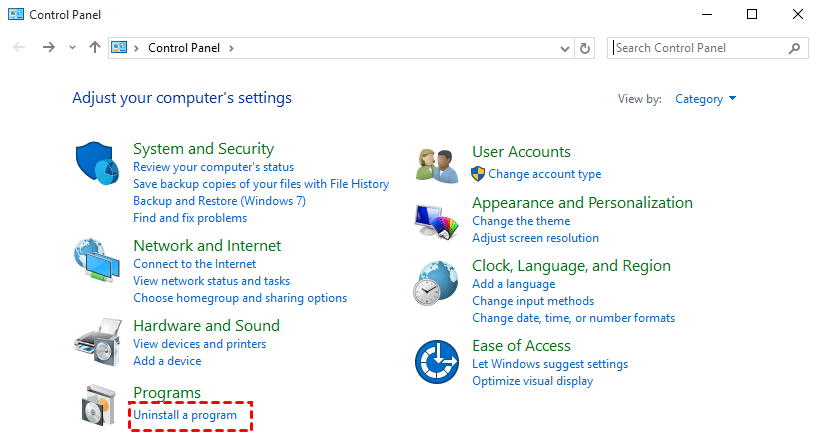 2. Go to the official website to download the latest vision of Dropbox app and then install it.

3. Run Dropbox to check if the error is fixed.

2. Go to the official website to download the latest vision of Dropbox app and then install it.

3. Run Dropbox to check if the error is fixed.

Sometimes the Dropbox icon missing on Windows 10 or Mac error occurs just because you don’t set it to appear on Taskbar. So this error can be simply fixed by the following steps:

1. Right-click your Windows 10 taskbar and then choose “Taskbar settings”.

2. Scroll down to the “Notification Area” section > choose the option “Select which icons appear on the taskbar”.

3. Search for the Dropbox button in the list and turn it on.

You must have been used to the idea of not wasting valuable storage space on your PC when you can store your data in the cloud. However, these Dropbox sync icons issues prevent you from enjoying this experience. Actually, you can use Dropbox alternatives like Google Drive and OneDrive and backup Mac to Google Drive or OneDrive to avoid these annoying problems. If there are some important files in Dropbox, you may need to migrate these files to the new cloud storage.

If you think it is troublesome to move files between cloud storage, you can rely on a professional backup tool like CBackup, which can help you backup files from Dropbox to OneDrive, Google Drive and other mainstream cloud storage easily and quickly. The following contents will take Dropbox and OneDrive as an example to show you move from Dropbox to OneDrive with CBackup:

3. To backup files between cloud storage, click on “Backup Tasks” tab on the left, then, click “New Task” button.

4. Name your backup task, click “Add Source” button to add Dropbox as the backup source, and click “Add Destination” > "Single Cloud" > "Next" > "OneDrive" > "OK" to add OneDrive as the destination.

5. Then, click "Start Backup” in the lower right corner to backup Dropbox to OneDrive easily. 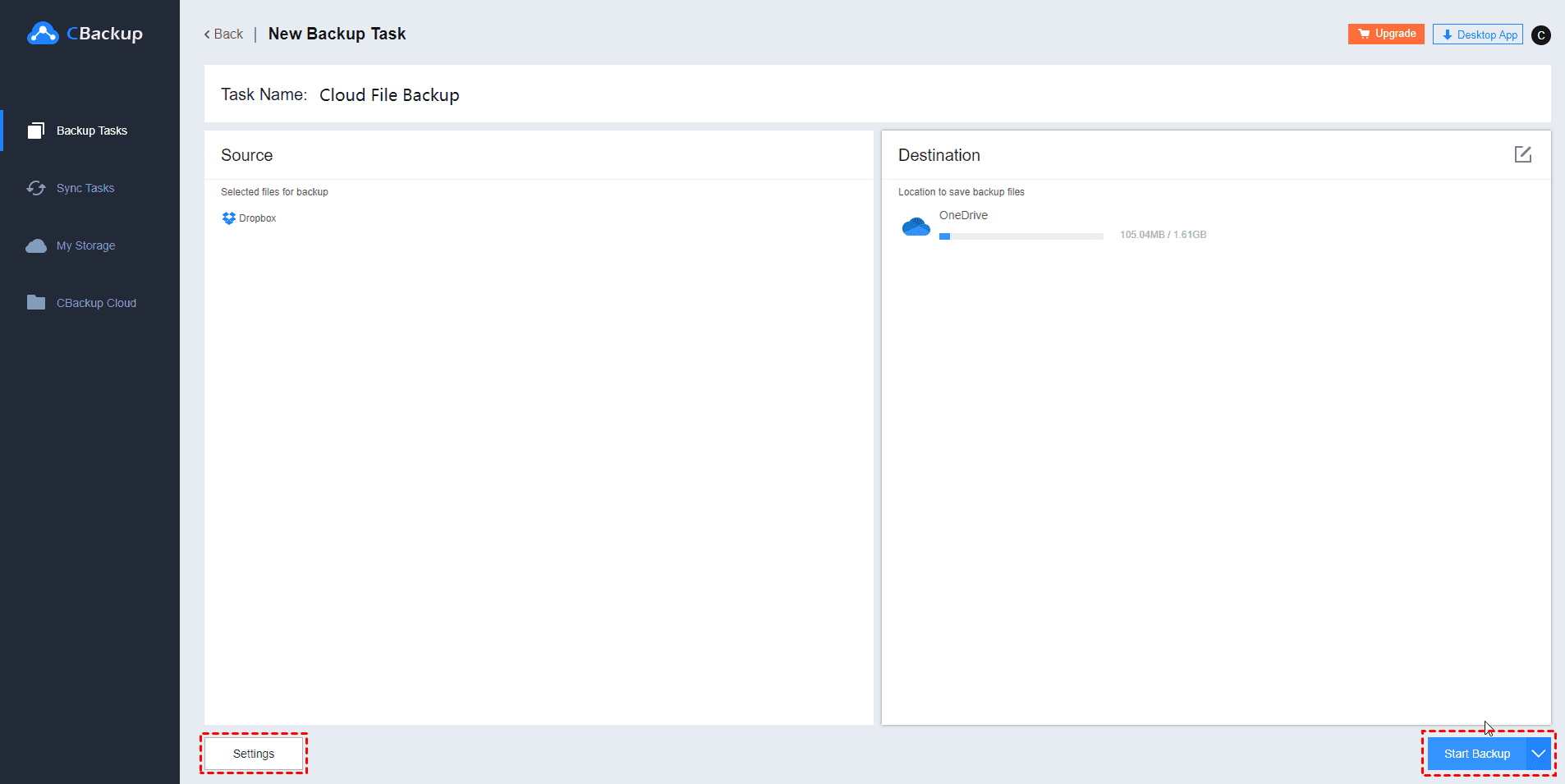 Besides “Dropbox icon missing” error, you may also meet many other Dropbox issues like “Dropbox not working”, “Dropbox not enough space to access folder” and so on while using Dropbox. If you want to avoid these problems of Dropbox thoroughly, you’d better turn to another cloud storage without these issues.

To switch to another cloud storage, don’t forget to obtain help from CBackup. With its advanced backup features and other backup settings like Scheduled Backup, File Filter, Email Notification, etc. You can save a lot of time and effort.