You may want to exclude folders from Dropbox sync for different reasons. This tutorial will show you the detailed steps of how to make Dropbox exclude folder in 3 ways.

How do I exclude files from Dropbox sync?

“I am trying to sync my Firefox profile folder using Dropbox, but there are several files that Firefox changes quite frequently. Folders: Cache, OfflineCache can be excluded. Files: urlclassifier3.sqlite, places.sqlite - these files are big and are changed anytime. I wanna exclude files listed in #2 from Dropbox sync. Does anyone know how to let Dropbox exclude the folder from sync?”

In addition to backing up files on the cloud-based Dropbox website, Dropbox has also released client applications for Windows, Mac OS, and mobile to sync files. As we all know, Dropbox currently provides 2GB of free storage space for each account.

Many users use Dropbox to sync folders with computers. Once the sync process is started, all folders will be synced from the computer to the cloud or from Dropbox to the computer. In the long run, this will eat up your hard drive space or Dropbox cloud drive storage.

More and more users are looking for a way to let Dropbox exclude folder from photos and the sync process. Don't worry, there are three ways in this article to help you get Dropbox to exclude file types or folders.

Fortunately, the Dropbox Selective Sync feature allows users to choose to sync specific folders to Mac or PC. Those unselected folders will be deleted from the hard drive, but they will still be stored in the account on dropbox.com.

Step 2. Click the Settings icon at the top right of the pop-up window and select the Preferences option.

Step 3. Then click the Selective Sync button under the Sync tab. (On Windows)

If you are using a Mac, in this step, you need to click the Account tab in the pop-up window, and then click Change Settings next to Selective Sync. 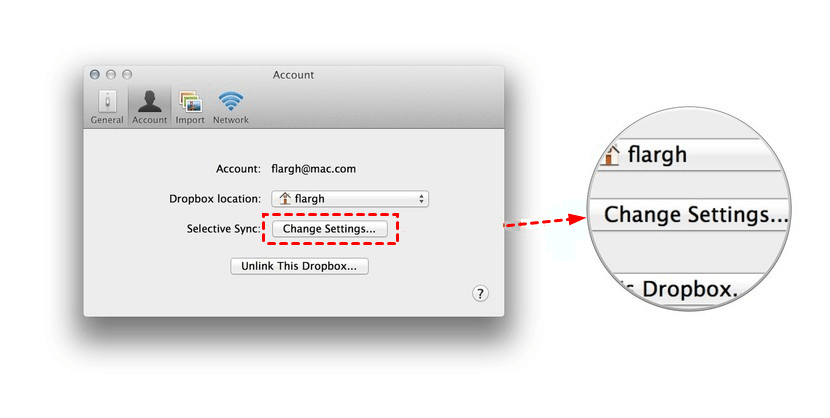 Step 4. A list of folders will be displayed in the pop-up window. Just select the folders that need to be synced and check the boxes in front of them. Then click Update to confirm.

✎Note: The Dropbox Selective Sync set by the user is unique to each computer and does not affect the use of Dropbox to synchronize folders on other computers. And this function is not currently supported on mobile devices (mobile phones/cellphones/iPhone and Android/iOS systems).

Dropbox Smart Sync is only available for Plus, Family, Professional and Business plan account customers. This feature can completely make local files and folders online only, you can browse all folders on your computer, but they will not take up local space, unless you open these files they will be downloaded to the computer to take up space.

Step 2. Then navigate to File Explorer (Windows) or Finder (Mac) and open the Dropbox folder.

Step 3. If you want to enable Smart Sync, you need to right-click the file or folder, hover your mouse over the Smart Sync option in the menu, and then click Online Only.

✎Note: If you select the status of the file or folder as Local, the data will be saved to the computer's hard drive again.

However, you may encounter issues such as Dropbox selective sync not working or smart sync errors. When these errors occur, what do you need to do to get Dropbox to exclude files from the folder?

You can easily do it with the help of free third-party tools, continue reading the following method.

Using CBackup is a better way to make Dropbox only sync certain folders, which means that you could make Dropbox exclude file types that you don't want to sync. CBackup is a free cloud backup service that can help you to sync and back up files on their computers to Dropbox in a professional way. The service supports multiple mainstream cloud storage services, including Google Drive, OneDrive, Dropbox, etc.

CBackup can select the folders that need to be synced to the cloud, so you can easily exclude files from Dropbox and let Dropbox sync specific folders. Read the following steps and start the operation:

Step 1. Please install the CBackup application to the desktop, then create a new account and log in.

Step 2. Go to My Storage > Add Clouds, and click Dropbox and hit Add. Then press Authorize > Allow to allow CBackup to access files of your Dropbox account.

Step 5. Modify the Task Name, and choose the folders to sync and then choose a Dropbox folder as the sync destination. 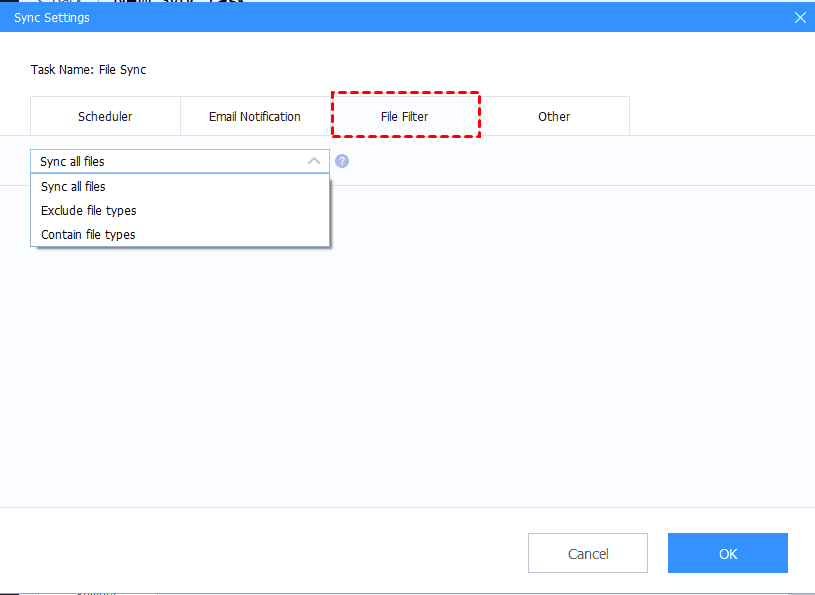 Tips: You could also enable Scheduler in Settings (on the bottom left) to perform Dropbox schedule sync daily, weekly, monthly or at a specific time.

✎Note: The data in the computer may be lost at any time due to virus intrusion, human error, server crash, etc. In addition to providing mainstream cloud drives as backup destinations, CBackup also has a safe and stable cloud space (CBackup Cloud) that provides 10GB free for each user. If you feel that the storage space of cloud drives such as Dropbox is expensive and not stable enough, you can try to back up your data to CBackup Cloud after upgrading, which is cheaper and safer.

According to any of the above methods, you can easily let Dropbox exclude folders from sync, whether you are for space-saving or other purposes, you can do it according to the specific steps in the article.

It is strongly recommended that you use CBackup to complete this operation. Not only can you store files to Dropbox in a professional backup mode, you don't have to worry about insufficient storage space in your Dropbox account, because CBackup also provides more backup targets.

You May Also Like
Dropbox Keeps Syncing Without Stopping! What Should You Do?
6 Solutions for Dropbox Files Not Showing up
How to Let Dropbox Ignore Folders and Files for Saving Space?
How to Unsync Dropbox from Mac and PC? (3 Easy Ways)
8 Ways to Fix the Dropbox Not Syncing Across Devices Effectively