Alternative to Google Drive Backup and Sync for Windows

This article introduces how to use the alternative to Google Drive Backup and Sync for Windows. Please keep reading and learn more information. 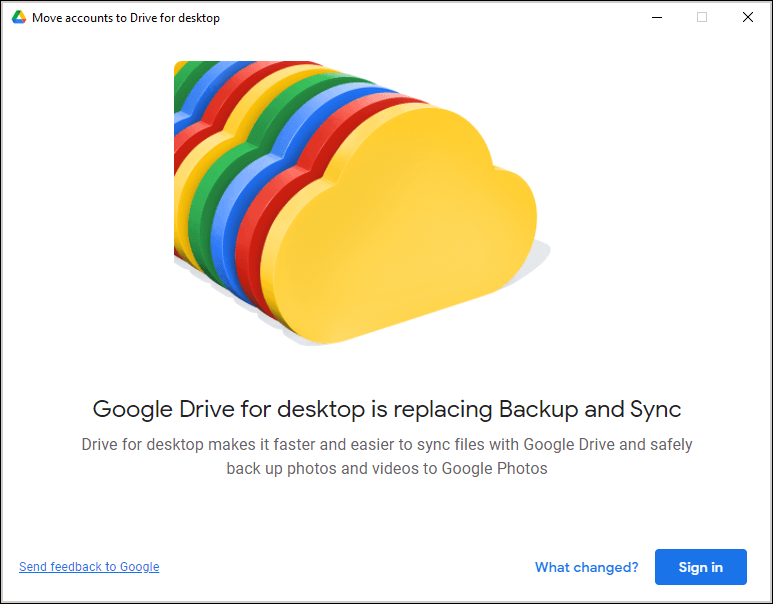 Differences Between Backup and Sync and Drive for Desktop

Since the official solution provided by Google Drive is Drive for Desktop, Backup and Sync users need to know the difference between the two apps and compare them in different aspects.

Here are the differences about some features between Backup and Sync vs. Google Drive for Desktop:

Backup and sync syncs and stores content on your computer, while Google Drive for desktop streams all your files from the cloud. This is the biggest difference between the two apps.

2 Alternatives to Google Drive Backup and Sync for Windows

Drive for Desktop may be the option that most users will choose. Drive for Desktop is a new application provided by Google Drive. It lets you access data from the cloud directly on your computer so which saves much local storage space. As a Google app, Drive for Desktop can integrate with Microsoft Outlook and Meet scheduling, which means you can see who is editing a shared Microsoft Office file.

If you decide to switch to Drive for Desktop, here are simple guidelines to use it: 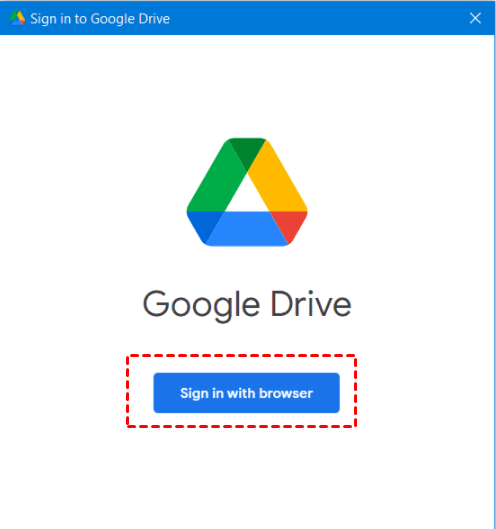 2. Then, a Google Drive hard disk will be generated on your computer. Drive for Desktop allows you to add 4 accounts to it and each account will generate a hard disk. You can tell them from the last drive letters. 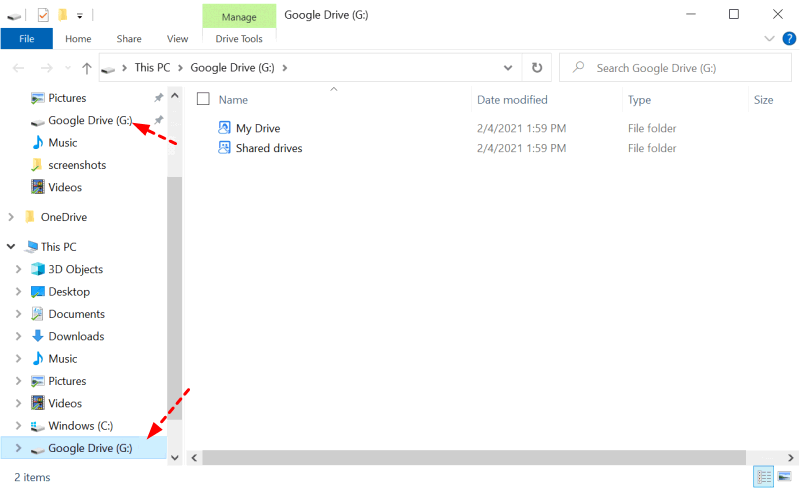 3. Press the Google Drive icon on your taskbar. Click on the Settings icon > Preferences. Select Add Folder to upload folders to Google Drive or Google Photos. 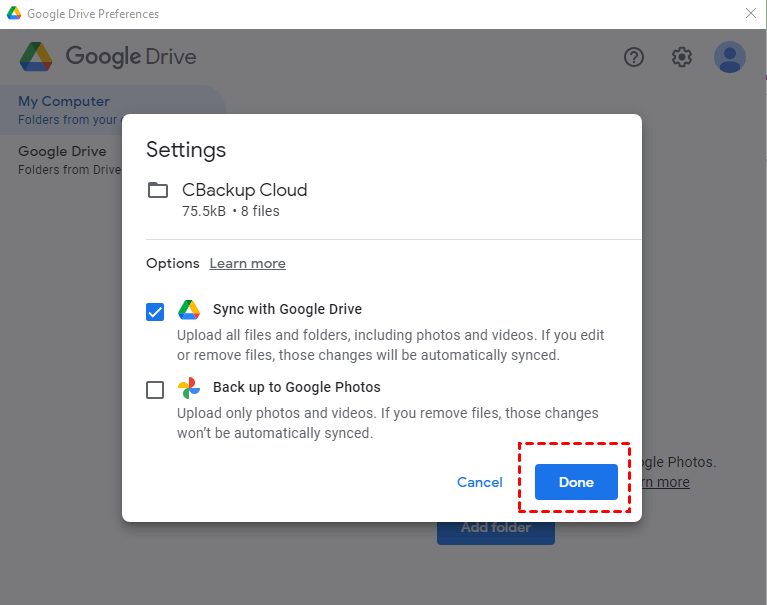 4. If you do not want the data to take up your computer storage space, you can select the Stream files option. Then Google Drive will save your data on the cloud only, not taking up your local storage space. 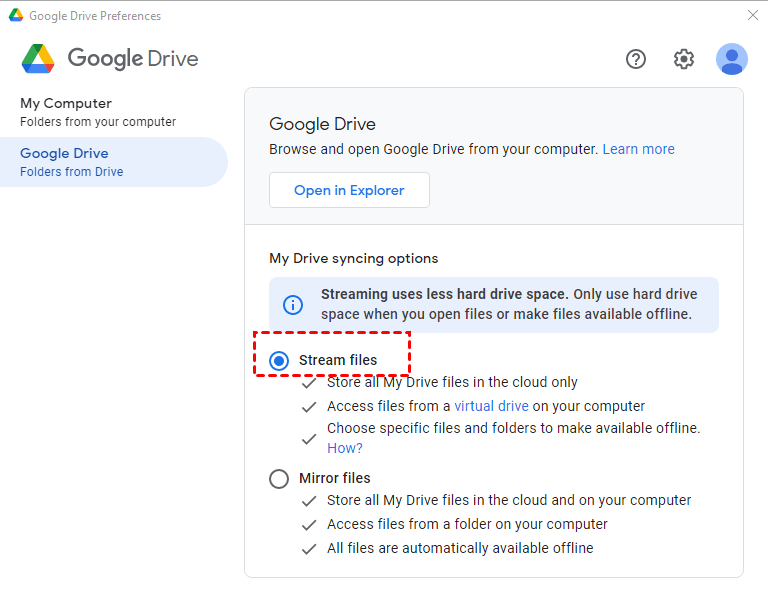 You can back up files from PC to Google Drive with these steps below:

2. Select the My Storage tab. Add and authorize your Google Drive account to CBackup, 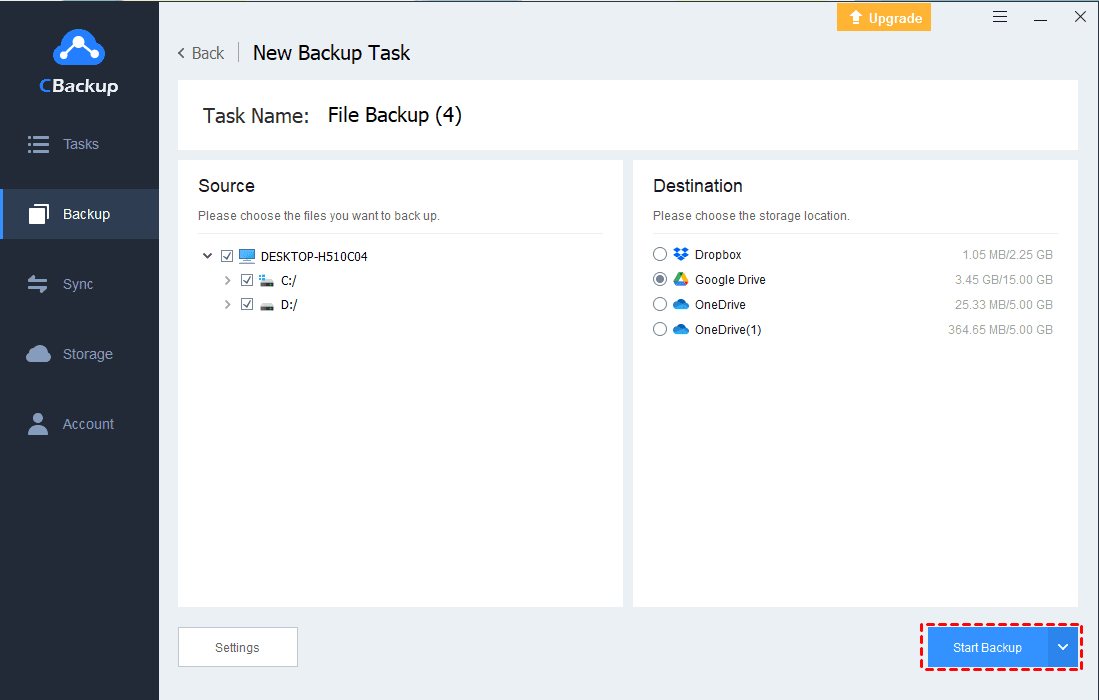 ☛ Note: You can set up an auto-backup by using Scheduler. Just go to Settings and choose one schedule mode from the 4 different modes. Then CBackup will back up your files with a certain frequency you select. The feature can save you time and effort.

What’s more, if you have not enough cloud storage but do not want to pay for a subscription plan, you can use the New Combined Cloud feature provided by CBackup to gain more cloud storage space. First of all, add your different cloud drive or several accounts from the same cloud drive, use the new combined cloud feature to combine. Then you can merge these cloud drive accounts together, including Google Drive, Dropbox, OneDrive, to get larger cloud storage space for free, and then backup files to the combined cloud.

After reading this article, we think you have found the best free alternative to Backup and Sync for Windows. If you still do not how to make the decision, why not try CBackup for the Windows system? It is so professional in the backup field and supports many other useful features as well.